by Joy Kelley
in Personal

Curly has being with me for 12 years now, he is an old child but a puppy on the inside. He loves carrots, apples and celery. His favorite place is my lap and can sense every time I'm not feeling good. He has the most sweets ways to cheer me up and loves to play.

I helped Curly's mom to push on May 1st, 12 years a go, and since they wanted to kill him, I kidnap him and brought him home after just a few hours of being born, against all the odds, I not only manage to keep him warm and feed him every 2 hours while being still in high school, I manage to see him grow into an awesome best friend.  I was the first person that he saw when he first open his eyes and I freaked out when while playing he lost his teeth, but then I realize that that happens to them too.

This post contains affiliate links. This means that if you purchase using my links I will receive a commission at no extra cost to you. Read my full disclosure. 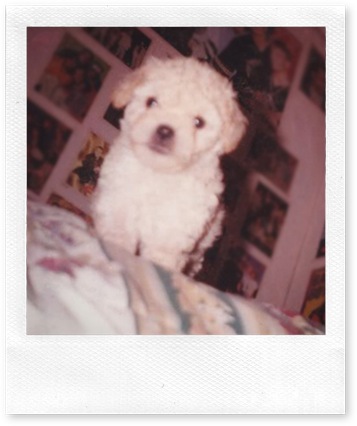 When I new I was moving from Chile to California I could not imagine moving here without him, so I did everything I could to bring him with me, it was not easy but so worth it!

We have being living in the Mountains for almost 6 months now, and even though I know there’s wild animals around we never had any problems, or seen them at all.

But this week was a big exception, on Monday morning there was a Bear on our neighbors' trashcan, and it crossed to our driveway (witch was a pretty scary thing to know). But we have a little fenced area in our yard and that’s were Curly plays.

I have being very careful and don't let him outside because I know there’s a Bear around. But last night I did let him go out before we went to bed (Just like every single day)

Shortly after that Hubby heard something weird that he thought it was a Raccoon, so rush to the door to let Curly in. When he got to the door saw a Coyote taking off and Curly chasing after him, when we call him, he stop and started fainting. We stop the bleeding on his neck area and drove down the mountain. He had a 3 hour surgery and stayed the night at the Vet. Now he’s stable but has tubes all over his neck and chest and sides to drain the blood and liquid, he can’t really walk , lay or sleep comfortable. 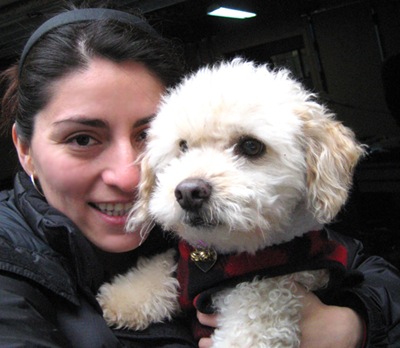 { His first winter in California } 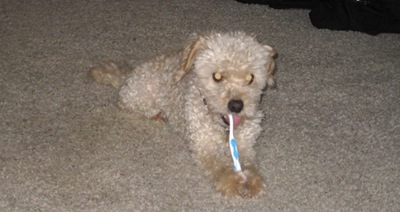 { He loves to chew on his toothbrush }

He’s my best friend and the best pet I could have ever wish for. He is in a lot of pain but with medication, so we have to just wait and see how his wounds heal.

So now I ask you to add him to your prayers and send healing thoughts his way please!

Hola! I am a Chilean Designer & lettering Artist. Mom to 3 little boys. Purple obsessed. Letter lover. Crafter. Lemon pie dependent. And the hand behind the HowJoyful Studio & HowJoyful Shop. I love sharing my ventures in Calligraphy, Lettering, running an online business, Blogging and Vlogging. So if you are looking for any of those, consider subscribing to the newsletter. I hope to see you back here soon!

Let me introduce you to baby numero DOS!

Hola! Joy Kelley here, I am a full-time lettering artist obsessed with teaching and sharing my love for Calligraphy, lettering, crafts and all things creative! Welcome to my corner of the web. What to know more about me? 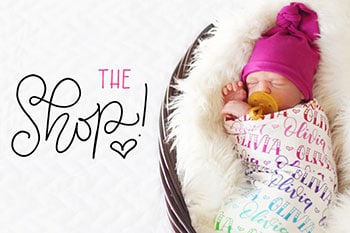 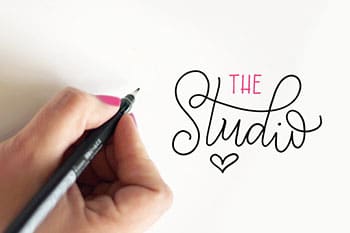 You are welcome to link to my content using one picture and sharing a link back to the original source, always giving  proper credit. You may NOT use any of my projects to create items for sale without a commercial license.

HowJoyful LLC is a participant in the Amazon Services LLC Associates Program, an affiliate advertising program designed for sites to earn advertising fees by linking to Amazon products. The prices are the same to you, but I will receive a small commission at no extra cost to you. [Read more on my disclosure page.]